History of the Bryan/College Station Chamber of Commerce

Since its founding, the Bryan-College Station area has revolved around commerce, industry, and trade. The area’s economy relied heavily on agriculture, and cotton was the county’s most lucrative crop. Two major railway lines passed through Downtown Bryan, and soon the area became a bustling regional business hub. Eventually, several of the city’s businessmen recognized the need for a business-focused organization, and in 1900, they formed the Bryan Business League. The organization held many titles over the years (Bryan & Brazos Commercial Association, Civic League, Merchant’s Association), but their primary objective remained constant—to promote business and work to improve the quality of life for its citizens.

In 1918, the Bryan Commercial Club officially changed its name to the Bryan and Brazos Chamber of Commerce. From the beginning, the Chamber has been a trailblazing organization, and has worked tirelessly to ensure excellence for the community. In 1924, the Chamber was recognized as “Best in the State”, and in 1926, Mrs. Lee J. Rountree was elected as president of the Chamber, making her the first female Chamber president in the country. While the rest of the country was reeling from the effects of the Great Depression, the Bryan-College Station area continued to flourish, thanks in part to the strength of its Chamber of Commerce. The U.S. entry into World War II significantly impacted the business world as many young men were drafted into the war, but the Chamber created a Post War Planning Committee to develop practical plans to absorb the Service Men back into civil society. The City of College Station was officially incorporated into the Chamber in 1946, allowing the two cities to work together for the betterment of the community.

In addition to growing the area’s economy, the Chamber prioritized the well-being of its residents by advocating for public health programs in the 1930s, organizing a “Community Chest” in the 1940s, and advocating for the establishment of the Salvation Army in the 1950s. The Chamber played a huge role in supporting the construction of shopping centers, larger office buildings, and industrial parks, which brought several new industries and hundreds of jobs to the area. Chamber members have included doctors, pharmacists, mayors, judges, bankers, business owners, and community leaders from all industries. You may recognize the names of our Chamber’s past presidents and members because they can be seen all over this town: Varisco, Culpepper, Bryan, Koldus, just to name a few. They have buildings, streets, businesses, and schools named in their honor. They worked tirelessly to build our community from the ground up, and they recognized that a strong Chamber of Commerce—and their involvement in it—was a crucial.

Today, our Chamber hosts dozens of programs, including our Lobsterfest & Golf Classic, Crawfish Boil, Annual Banquet, Founders Night, and Business After Hours. We act as a liaison between Chamber members and legislative officials to advocate for business-friendly policies. Our leadership programs encourage professional development and emphasize the value of community involvement.

The Bryan-College Station Chamber of Commerce has changed drastically over the past 100 years, but its mission has remained unchanged—“To enhance the economic well-being of the businesses in the community it serves.” 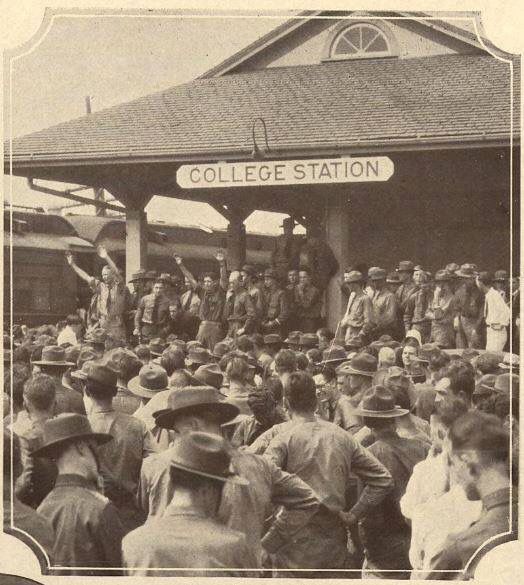 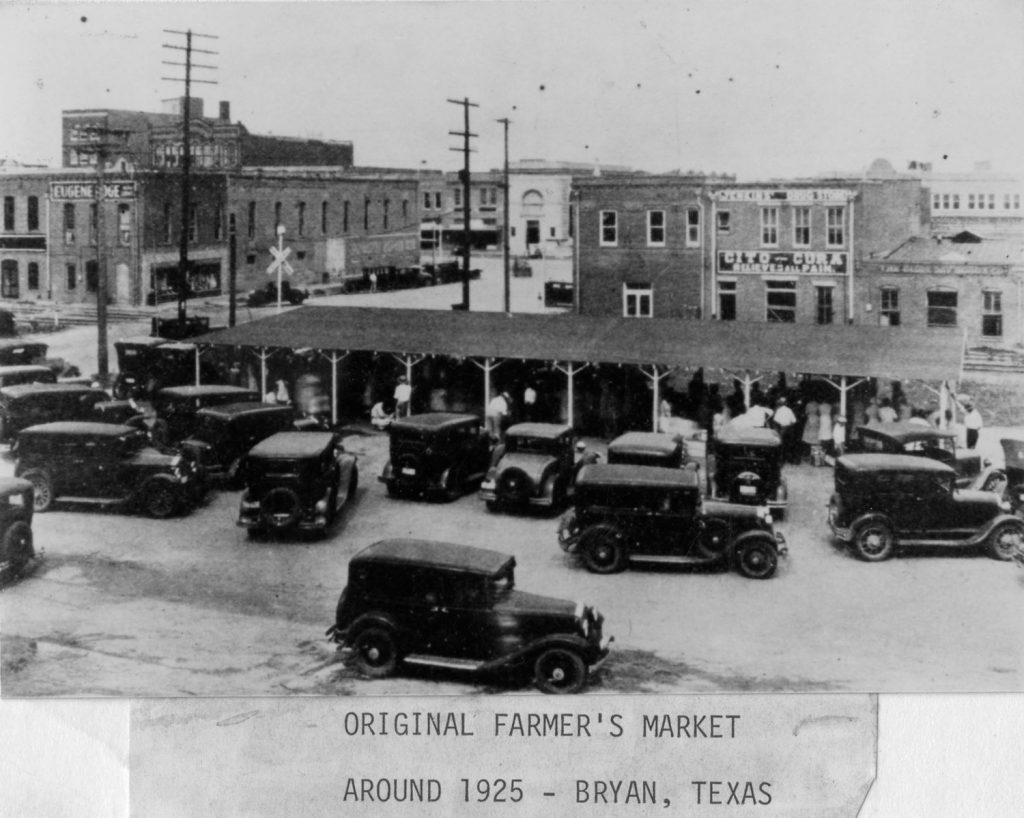 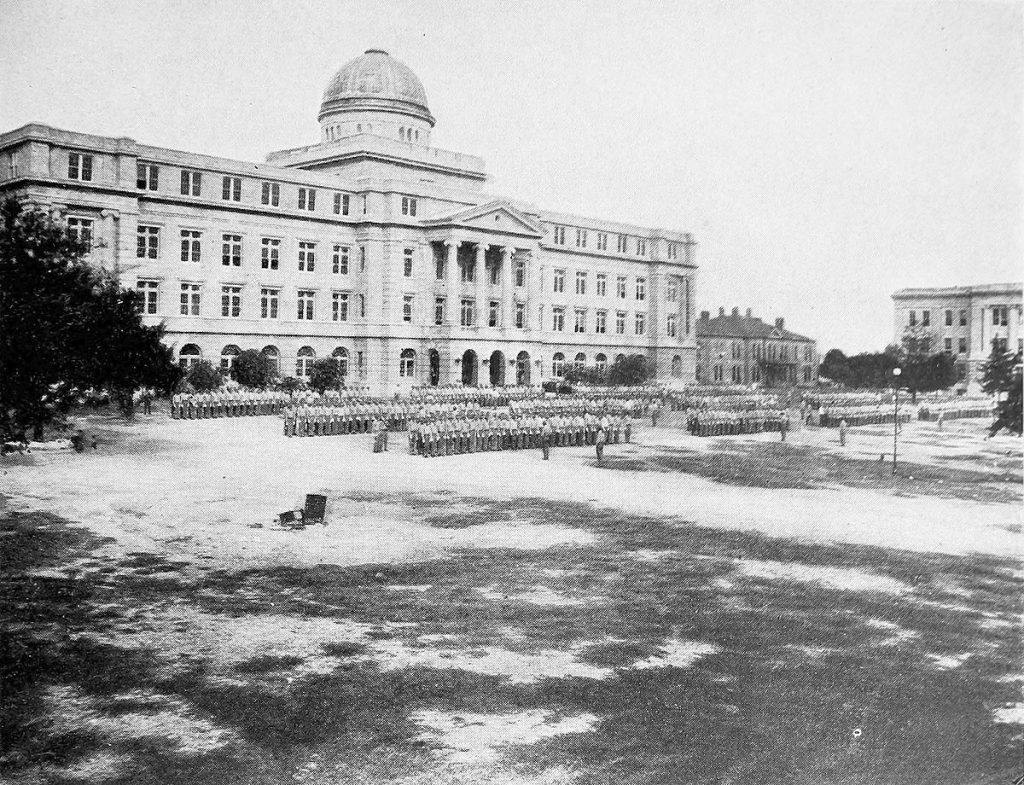 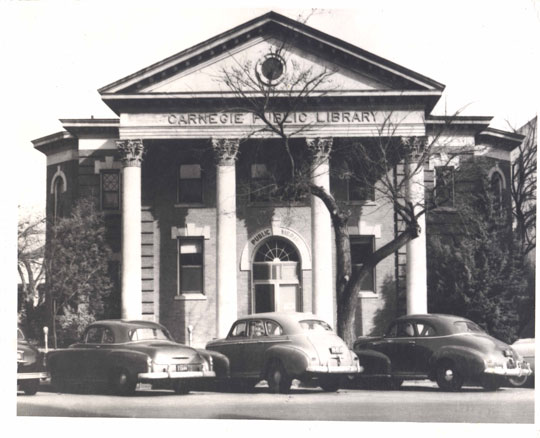 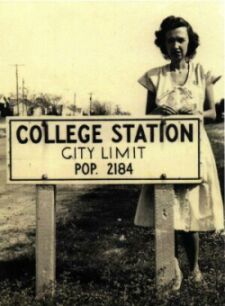 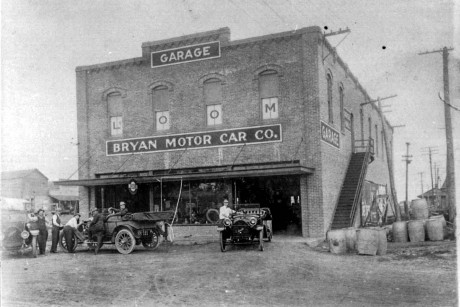 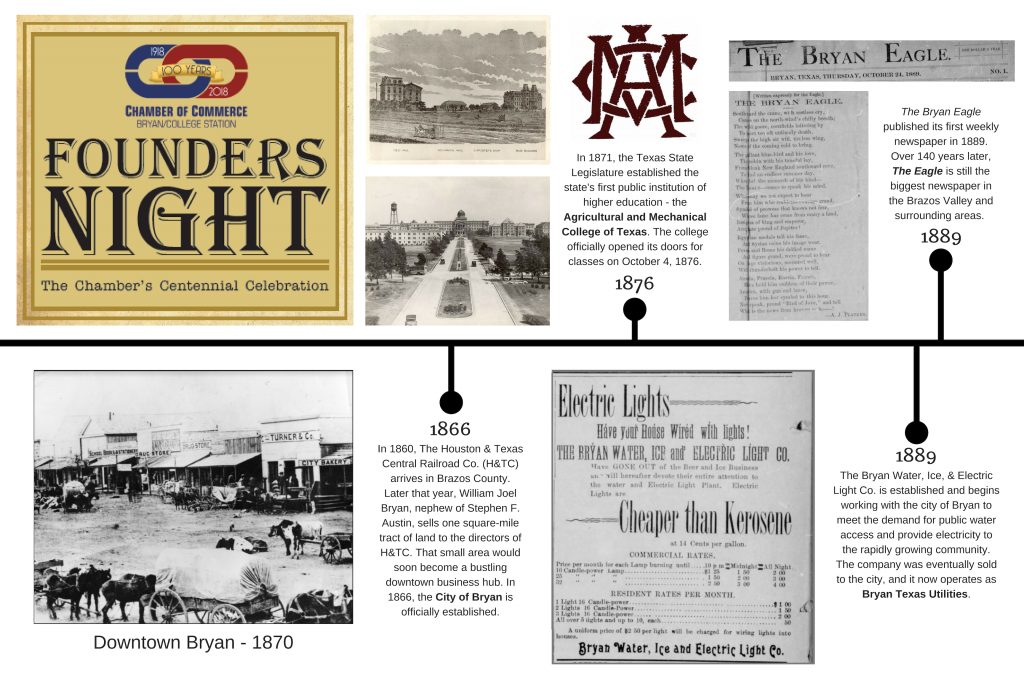 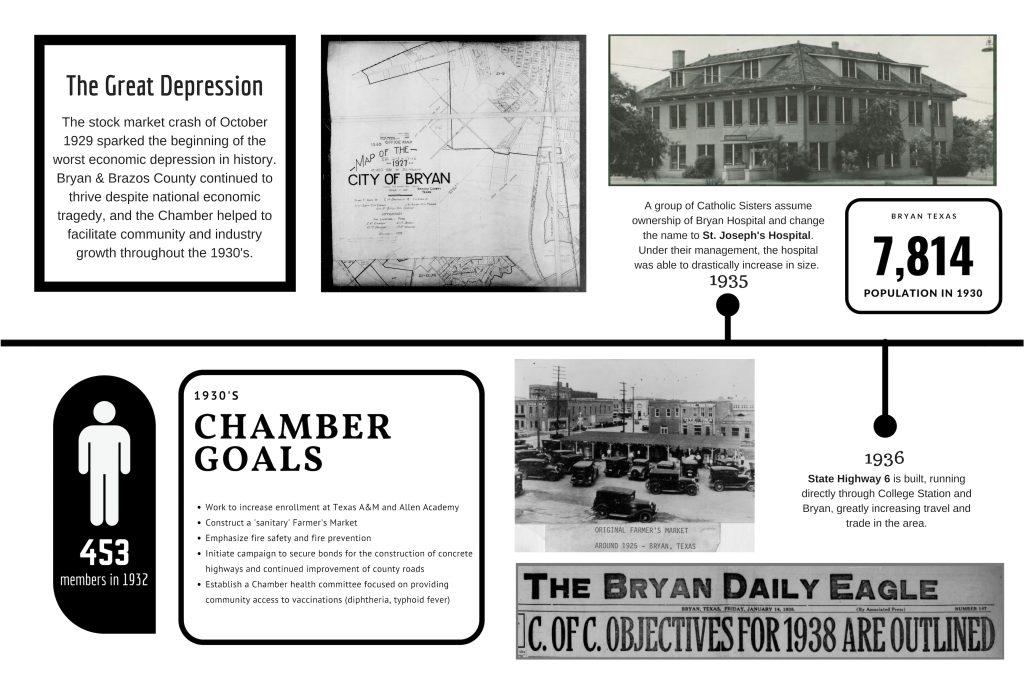 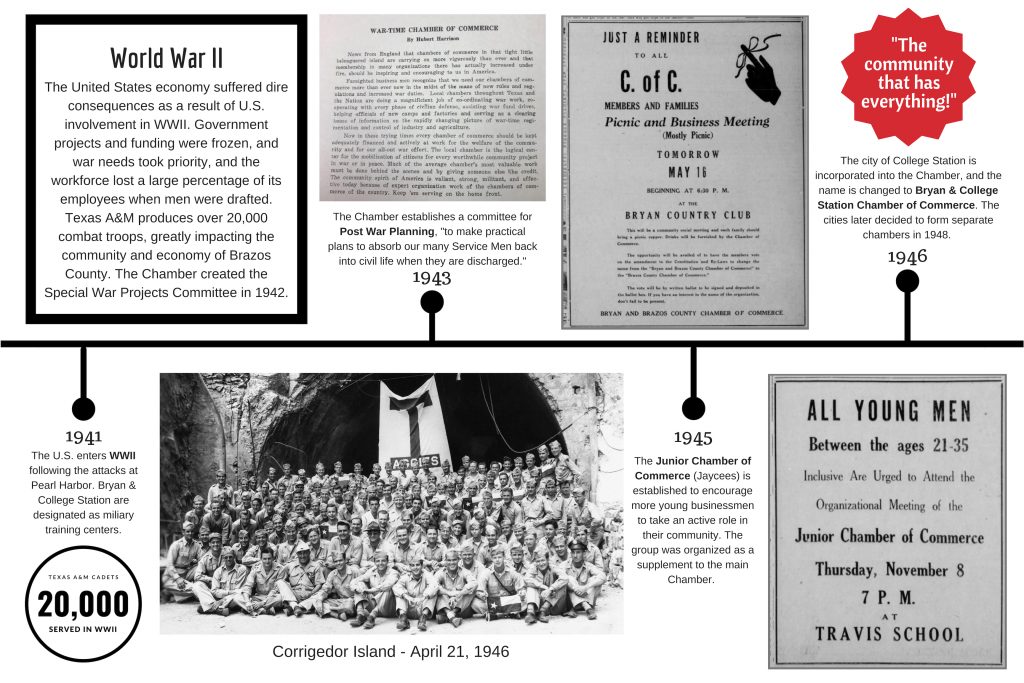 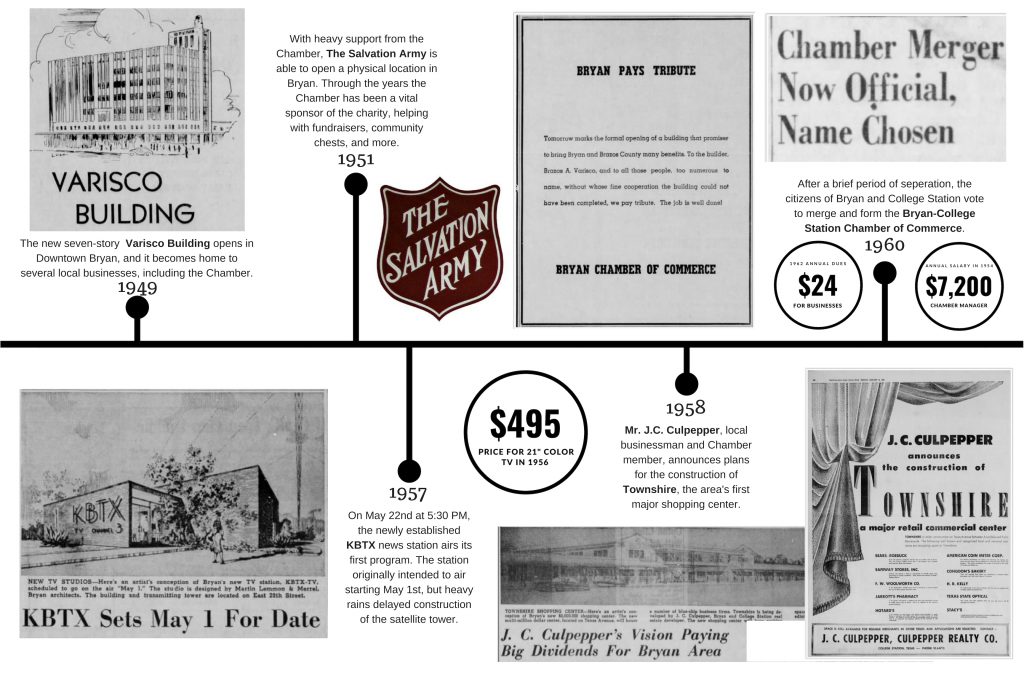